I’ve finally finished my holiday vacation, and gleefully returned home to my War on Christmas present to myself:

That is a big ol’ collection of Tarantino movies. In the XX set alone are his mainstays: Jackie Browne, Pulp Fiction, Reservoir Dogs, Inglorious Basterds, both Kill Bills, and even Death Proof and True Romance.

In my other hand are the less favorite sons, some of the illegitimate ilk of the Tarantino canon. I could write the praises (and occasional gripes) of the classic Tarantino films, but I’d much rather focus on these other works for the time being.

To start off, I don’t think any of these are bad movies. In fact, I think they are all objectively better movies than Death Proof, which suffers from agonizing accuracy to its genre of inspiration. However, it is interesting to take a look at the Tarantino apocrypha (which should really include True Romance, though I think the film’s inclusion in XX is a legitimizing move). Particularly, it is interesting to see how Tarantino’s writing materializes under someone else’s control; and how we deals with it.

So, over the next few days you can look forward to:

From Dusk Till Dawn

And just for fun, check out Tarantino’s trailers from the Grindhouse double-feature with Robert Rodriguez. Growing up on crap movies, I could legitimately see those showing up on MST3k. Kudos to those guys for accuracy.

This movie is not an easy one to review.

From the moment this movie came out, my Facebook feed was flooded with raving positive reviews. To judge from most of the reactions, this was not just the greatest thing since sliced bread, but that mere bakery tricks were far transcended by this masterpiece of film. This was Citizen Kane with singing.

I went into this movie as unbiased as I could be. I was a bit apprehensive knowing how passionately people were lauding the movie, knowing that it could not possibly live up to such enthusiasm.

Once I came out of the movie, I noticed that a number of people around me were crying, while others were talking among themselves about how astounding the spectacle they just witnessed was. That was when I first questioned whether or not I was a robot. Since then, I’ve been going over the movie in my head in order to understand the disparate between our experiences, and to hopefully cast aside my doubts as to my humanity.

When I walked out of that movie, I was thinking two things: 1) “That movie was really long and felt really long,” and 2) “Russell Crowe can’t sing worth a damn.” This was not Citizen Kane with singing (though I would watch that movie). This was an OK but forgettable adaptation of a classic story, maybe a 7/10.

I already know that giving an average review of this movie is going to take some flak, so here’s my defense: this movie had a handful of distracting flaws. They weren’t enough to make the movie “bad”, but they were enough to hold it back from the “good” or “elite” categories.

The first of these flaws is something that I thought would be a boon, in that it is something that the screen offers that the stage doesn’t: the wide, panning, spectacular establishing shots. This would typical only be a minor gripe, but it felt so incredibly out of place whenever they showed up, I couldn’t help but point it out. Those shots should feel natural despite their beauty, but it felt like they were trying way too hard and thus the shots looked artificial. The opening shot with the ship being hauled looked almost cartoonish, like it belonged in a Pirates of the Carribean movie. I was actually specifically reminded of the maelstrom fight scene in Pirates III, which also looked incredibly unnatural and jarring.

The second flaw is maybe the one thing even the fans will admit was an issue with this adaptation: Russell Crowe. Crowe is a good actor, but this was not a role for him. His singing was inconsistent, and at its worst sounded like all-caps slurring. As one person noted on my facebook, he sounded like he was singing through peanut butter in his mouth. His character was just too important to have flubbed on the casting, and I can’t help but feel like this was a ticket-selling move. I am a big fan of casting for talent and aptitude for a role over throwing bones to the already well-fed, especially if they don’t cut it in a crucial aspect of a role. Then again, you could always have worse casting issues… 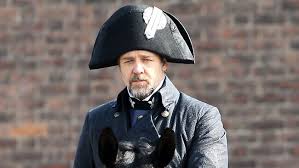 Next issue: the casting. Outside of Jackman and Hathaway, only three members of the ensemble cast felt like good choices: Cohen and Bonham-Carter as the comic relief (killed it), and Isabelle Allen, who I was thoroughly impressed with as Young Cosette. Everyone else suffered from some issue, typically either not having enough time on screen to develop a character (thus becoming just a warm body/bullet depository); or just not fitting the bill for their part. The first issue wouldn’t be so much of an issue if we weren’t supposed to care so much about these characters who are only vaguely familiar faces in the film. The second issue, like the casting of Crowe (and in my opinion, Redmayne as Marius) isn’t something you can just work around. It sours every scene they are in, regardless of the effort they are putting in. Then again, is there such a thing as trying too hard?

Next issue: Anne Hathaway. To be clear, she did a really good job in the movie. However, I thought it was too obvious, even to the point of blatant manipulation, that this was an Academy Award audition. If a role/performance is truly impressive on its own merits, it should not occur to you as you watching the depiction that they (the filmmakers, to be clear) are pandering at an award. You should be fully immersed in what is happening. To me, her entire segment of the movie felt completely staged for the purpose of bringing in an award. She didn’t actually get much time on screen, so I am curious if they were looking to make as strong a case as possible for what they had (and justify her billing). Still, the fact that the thought even popped into my head while she was still on the screen didn’t impress me. Then again, I might be a robot. 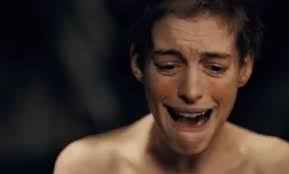 I honestly think that the main audience of this film (fans of the source) were willing to either consciously or subconsciously gloss over most of the issues. Even that, however, is perplexing to me. Since when is a fandom forgiving to Hollywood adaptations of their sacred cows? If Joss Whedon isn’t in the director’s chair, nerds are seldom pleased with anything that hits the screen from the realm of nerddom. Maybe musical fans are just really forgiving on the whole to film adaptations? I’m not a big musical fan, so I can’t really speak for them on that. Still, it was something I found interesting.

In addition to the forgiven flaws, I think fans of either the musical or the story would not have the same problems as a general audience member walking in cold. I have to assume that many of those young, rebellious characters were better portrayed in previous versions, and that the fans actually knew who they were from previous experience. For them, youthful rebellious boys #’s 1-6 were actual human characters with personality traits, and not just (as mentioned earlier) bullet depositories.

The last thing I had a big issue with was not something fixable: the length. At once, this movie was both too long (and more importantly, felt too long) for a casual theater and too short to flesh out the colorful cast of characters. This movie should have been an epic miniseries, as had been done in the past with Les Miserables. The acts are already well-structured for it, and the characters would have actually had a chance to breathe and come to life before the camera. That’s my opinion anyway.

List of other minor gripes: Hugh Jackman’s “old” makeup wasn’t convincing at all. Jackman and Crowe had no chemistry on screen; they looked like they were acting at each other instead of with each other. Redmayne and Seyfried did not have a compelling or believable chemistry on screen (at least I wasn’t buying it). Mostly issues related to casting again. 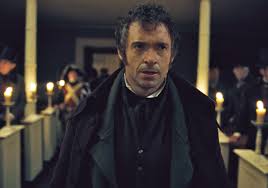 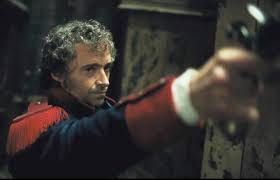 aging: the process of your beard retracting and re-emerging from your scalp

Despite all of my issues with this movie, I honestly stick by my guns of 7/10. Taking the awesome source material out of the equation, this film on its own is just average. It had too many instances where I was jerked fully out of the experience, and Crowe / the ensemble really failed to hold the whole thing together from the bottom up. If anyone should be upset about the final product, it should be Hathaway and Jackman. The frame below them wasn’t up to par, and there wasn’t anything they could do about it. They were waving the flag on top of a ramshackle collection of furniture. The flag was still flying, but they could certainly be on much better footing.

I’m still unsure if not breaking down into tears at this movie and then having the audacity to give it an average review makes me a robot or not. I guess we will never know.