Right now there is a lot of buzz in the bad movie world surrounding James Franco’s involvement in an upcoming film adaptation of “The Disaster Artist”, a recent book about the making of cult-classic bad movie “The Room”. 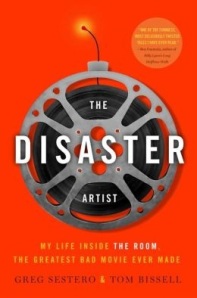 I’m just as excited as everyone else about seeing “The Disaster Artist” translated to film, but I just came across another movie that is currently hitting film festivals about the making of one of the most notorious bad movies from the 1960’s: “The Creeping Terror”

“The Creep Behind The Camera” is a dark comedy docu-drama that tells the story of the people behind “The Creeping Terror”, integrating interviews and stories with live-action reenactments. I’ve come across a few snippets of information about the making of “The Creeping Terror” while reading up on it for the IMDb Bottom 100 (coming up soon), and I am really looking forward to hearing more. From what I can tell, “The Creeping Terror” was a chaotic, low-budget disasterpiece run by a swindler/egomaniac who manipulated people into participating in the film. It also features one of the most perplexing, least convincing monsters that has ever hit the big screen. Needless to say, the “Creep Behind The Camera” crew had plenty to work with.

I highly recommend checking out the trailer for “The Creep Behind The Camera” (below). It doesn’t look like it will shy away from some really dark territory, but it still strikes as a comedic work at heart. Reviews so far look pretty promising, so I’m keeping my fingers crossed that it gets distributed soon.

One thought on “The Creep Behind The Camera”