Here is an interesting movie-making question: can a monster alone make or break a monster movie?

During my most recent review of “The Creeping Terror”, I stated:

“I believe that you can make a decent monster movie without a decent monster. You just have to be creative with the shots, build tension with the writing and music, and keep the embarrassing rubber suit off-screen as much as possible.”

I definitely stand by that, but what about the inverse? Can an outstanding monster make an otherwise bad movie good on its own? 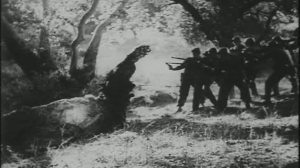 A few examples immediately came to mind. First off, there is “Alien”. I don’t think anyone can argue that the xenomorph isn’t a legendary monster design, but did it make the movie? It certainly contributed to the success, but I would wager that without the masterfully constructed atmospheric tension, it would have been a wash, xenomorph design or no. I mean, just take a look at the lesser entries in the franchise. No amount of design prowess was going to save those AvP films. 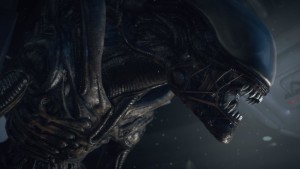 For a better example, take David Decoteau’s “The Killer Eye”. The eponymous Killer Eye is actually pretty impressive for such a low budget flick. However, the movie is so poorly crafted that there is never any shock or tension to be had, so it falls on its face. The decent monster certainly didn’t save it. It is also worth noting that “The Killer Eye” made the common mistake of showing off the monster too often, which, if “Jaws” taught us anything, is best not to do. You want the monster being on screen to mean something. That is a failure on the part of the filmmaker that can’t be rectified by the most impressive of monster designs. 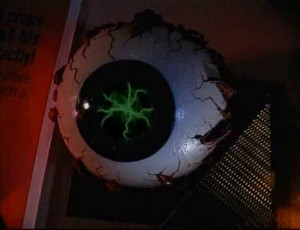 Speaking of “Jaws”, how about that being a good movie with a bad monster? I know some swear by “Bruce”, the mechanical shark, but I think he looked just damn goofy. And according to everything I’ve read, Bruce was an absolute drag on the movie’s production due to needing constant maintenance. At the time, many thought that Bruce would sink the movie with delays and costs. It turns out though, according to a quote from Peter Biskind’s “Easy Riders, Raging Bulls”, that Bruce may have actually saved the movie. The constant mechanical issues with the shark meant that the actors, writers, and Spielberg spent large amounts of time together away from the camera, building up chemistry and inspiring re-writes that turned the film (and initially lack-luster script) into the legendary work it became. So, maybe a bad monster can, in some way, make a good movie? 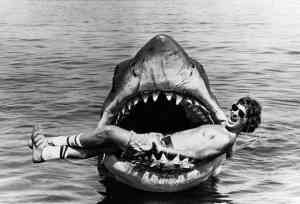 One thought on “The Monster and The Movie”