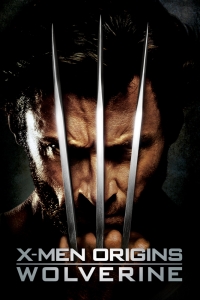 The plot of X-Men Origins: Wolverine is summarized on IMDb as follows

A look at Wolverine’s early life, in particular his time with the government squad Team X and the impact it will have on his later years.

The screenplay for X-Men Origins: Wolverine was written by David Benioff (Game of Thrones, Troy) and Skip Woods (Sabotage, Hitman: Agent 47). However, uncredited rewrites were also done by James Vanderbilt (Zodiac, White House Down, The Amazing Spider-Man) and Scott Silver (The Fighter, 8 Mile).

The character of Wolverine first appeared in The Incredible Hulk #180 in October 1974, and was created by the trio of Len Wein, John Romita, and Roy Thomas. Prior to X-Men Origins: Wolverine, the character had appeared in the previous X-Men films, and would go on to star in two quasi-sequels to this movie: The Wolverine and Logan. On the small screen, the character has appeared in a litany cartoons, and is one of the most recognizable and popular Marvel superheroes.

The director for the film was Gavin Hood, who also directed the films Ender’s Game, Tsotsi, and Eye In The Sky. 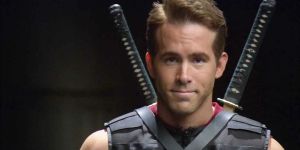 The cinematographer for the film was Donald McAlpine, whose credits include Romeo + Juliet, Ender’s Game, Predator, Mrs. Doubtfire, Nine Months, Peter Pan, and The Time Machine.

Prior to the film’s official release, a workprint copy was leaked online before the addition of much of the effects work. This leaked version was greatly criticized by fans online, and the studio blamed it for the film not taking in a higher total gross once it did release.

The negative fan reaction to the film, particularly to the portrayal of the fan-favorite character Deadpool, led to a groundswell movement lobbying for Ryan Reynolds to get his own movie to portray the character. It took years to muster studio support, but thanks to a demo leak that further riled up fans in support, Deadpool ultimately released in 2016, with a sequel two years later. Both films freely and specifically criticize X-Men Origins: Wolverine, with the second film going to far as to rewrite and re-enact a scene from the film.

Hugh Jackman specifically recommended and advocated for both his co-star, Liev Schreiber, and the film’s director, Gavin Hood, for their parts in the production. Despite this, Hugh Jackman was ultimately disappointed with the final product of the film.

The character Gambit had repeatedly been cut from previous X-Men movies, despite his wild popularity among fans. However, as with Deadpool, fans were less than pleased with his appearance and behavior on screen. Also, as was the case with Deadpool, fans have been lobbying for a solo Gambit movie for years since the disappointment of X-Men Origins: Wolverine, though progress on the film seems to have indefinitely stalled.

Brian Cox, who played the character of Stryker in X-Men 2, and Tyler Mane, who portrayed Sabretooth in X-Men, were both turned down for reprising their roles in X-Men Origins: Wolverine, despite both actors indicating interest.

Reportedly, conflicts between the studio and Gavin Hood were extreme throughout the production, to the point that a mediator had to get involved to ease tensions.

Will.i.am of the band The Black Eyed Peas is a huge fan of the X-Men, and particularly of the mutant Nightcrawler. Despite not being an actor, he was given a role in the film, as well as a Nightcrawler-esque character to portray.

X-Men Origins: Wolverine was a box office success, taking in $373 million on a $150 million production budget. However, the studio regarded this as an under-performance, citing that the leaked workprint siphoned interest away from the theatrical release.

Despite the ticket sales, the reception to the film was mixed-to-negative. Currently, it holds an IMDb user rating of 6.6/10, along with Rotten Tomatoes scores of 37% from critics and 58% from audiences. In the years since the film’s release, however, with the popularity of the Deadpool movies, X-Men Origins: Wolverine has retroactively earned a reputation as a complete failure, and an embarrassment to the franchise.

To begin with, there are some positives to X-Men Origins: Wolverine that are absolutely worth mentioning. First off, Liev and Hugh have fantastic chemistry, and light up the screen whenever they have the chance to work off of each other. I don’t even think there is a debate that Liev is the definitive portrayal of Sabretooth on film. Likewise, Ryan Reynolds got his chance here to show off his Deadpool skills. Without his brief scenes as Wade Wilson in this film, there is absolutely no way that the Deadpool films get made. So, even if you can just appreciate this as an audition tape, that is a positive worth mentioning.

Now, on to some major points of criticism. First off, I think one of the biggest issues with the film is the performance of Huston as Stryker. This is a film that could really use a good, compelling villain. Making things even harder, the same character had just been portrayed brilliantly by Brian Cox, who pulled out all of the stops to give one of the better villain performances in a comic book movie. Huston, on the other hand, just feels like a slimy bureaucrat – he isn’t menacing or imposing, and he doesn’t telegraph hatred or loathing as effectively or hauntingly as Cox did in the previous portrayal. The result is a huge gap in the film, where there should be a compelling central antagonist.

Another huge issue with the film is the contrast between early sequences and the rest of the film. I personally found that the introductory sequences were significantly more interesting than the rest of the movie. As an audience member who had already seen the previous X-Men films, I can confidently say that I would rather spend time with Wolverine while working with a black ops squadron, or Wolverine while fighting in wars through the ages, than watching a Wolverine story unfold that we already know the details of and ending to. The Weapon X story, after the events of X-Men 2, is just paint by numbers – there’s not really any stakes to a story the audience already knows, which is part of why prequels can be quite tricky. The movie should have introduced some more compelling new characters and relationships, but the ones that it attempted just had no effective gravity. The most colorful and intriguing characters are unceremoniously dispatched or neutered within just a few screen minutes of their introductions.

Another significant issue with Origins, and one that was pointed out with criticisms of the leaked workprint, is that it was laden with unwise and poorly executed effects. The Blob, for example, looks terrible, to the point that the fat suit comes off as comical. More importantly, the crucial adamantium claws on Wolverine look jarringly unconvincing, due to an over-reliance on computer generation to render them, when props would work far more effectively. However, for the most part, I found the effects to be less distracting than I expected: looking back now, years later, it isn’t so different than any bad CGI from the mid-2000s.

Perhaps the true coffin nail for this film was baked into its (capitalistic) intention to please fans. Including characters like Deadpool and Gambit had to have been done due to the popularity of those characters. Unfortunately, the key crew didn’t have any knowledge beyond that – there was a lack of understanding of characters, and what made them popular in the first place. The consequence of this ignorance was the massive backfire that ensued, which hurts the reputation of the film to this day. Haphazard fan service attempts simply don’t cut it these days – die-hard fans now demand fidelity and vision, rather than just cameos and facades that merely allude to their beloved source materials.

All in all, Origins is basically a mediocre popcorn action movie. I think it is hated more today than it really should be, due to the production so badly mishandling fan service. While the movie is definitely not good, it also isn’t a complete disaster by any means – Jackman is still fun as Wolverine, Sabretooth is an improvement, and the brief Wade Wilson moments are great. We Hate Movies refers to this sort of film as a “hangover movie”: a film you can have this on in the background while nursing a hangover on a Sunday morning: it requires neither attention nor energy to consume, but is just enough of a pointless spectacle with highlight moments to be tolerable. It is still not a recommendation from me, though: this is a movie that is probably best to leave it where it is.