In today’s Ivy on Celluloid, I’m going to take a look at yet another higher education comedy: 1998’s Senseless.

The plot of Senseless is summarized on IMDb as follows:

A student gets his senses enhanced by an experimental drug. But abuse is not an option.

The screenplay for Senseless was credited to two writers, Greg Erb (The Princess and The Frog, RocketMan) and Craig Mazin (Scary Movie 3, Scary Movie 4, The Hangover 2, The Hangover 3). The film’s director, Penelope Spheeris, is best known for her string of high-profile comedy films in the early 1990s like Wayne’s World, Black Sheep, The Beverly Hillbillies, and The Little Rascals.

Senseless was pretty far from a major hit – it failed to make back its production budget in its theatrical release, and the critics’ reviews were brutal (6% on Rotten Tomatoes), and audiences were, at best, mixed (6/10 on IMDb, 45% on Rotten Tomatoes). That reception was well justified, though – this is a crass cartoon of a comedy movie, with very little depth or relatability. Outside of farts, pee, physical comedy, homophobia, and sexist objectification, there isn’t a whole lot else to be found in Senseless. However, the film does provide an interesting lens through which to view issues surrounding higher education.

To begin with, three real campuses served as filming locations for the movie – the University of Southern California, UCLA, and the Stevens Institute of Technology, located in Hoboken, NJ. The setting for the film, however, is the fictitious institution of Stratford University, which is said to be located in New York City.

From what I can tell, Stratford University is supposed to be an elite academic institution, given some of the context throughout the movie (like the prestige of the junior analyst position). The two best real-life institutional fits for these details, based on the New York City location, are New York University and Columbia University, though it is hard to nail down which of the two institutions is the better analog. Interestingly, though, Stratford’s branding and colors are more akin to another institution with a similar name – Stanford University – due to the script “S” and red/white/black athletic uniform color palette. In fact, looking at Stanford’s Identity Toolkit side-by-side with the Stratford logo, it is pretty evident that they are almost exactly the same logo, with Stanford’s iconic tree removed. 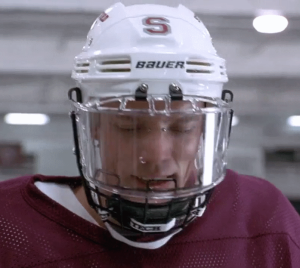 At the center of the plot of Senseless is an elitist (and possibly racist) fraternity called Kappa Zeta, or “Kappa House.” In reality, there is a prominent sorority, Kappa Kappa Gamma, that uses the nickname “Kappas,” and a small sorority in California called Kappa Zeta Phi. However, there are no fraternities that I could find that go by the name Kappa Zeta. However, much of the fraternity’s activities in the film, like hazing via paddling, racist pledge decisions, and donors/alumni dictating chapter activity, all have basis in reality.

The two [black] students…apparently participated in the formal rush week festivities at the school and boasted impeccable academic and social credentials. Nevertheless, they didn’t receive any bids from the 16 white sororities on campus.

The problem, to hear sorority girls tell it, is that alumnae are either using their voting powers to veto racial integration or threatening to withhold donations and other assistance.

Part of the plot of Senseless involves the black main character, Darryl, becoming an accomplished hockey player for the university. Ice hockey is a notoriously non-diverse sport (in part due to the high costs involved), and at no level is that more evident than in collegiate competition. Jordan Greenway, a black hockey player for Boston University, recently made headlines for being named to the United States Olympic Men’s Hockey Team – the first black player to have ever received the honor. According to ThinkProgress, “less than one percent of male college hockey players are African-American, and only two percent of NHL players are black.” For comparison, a 1997 article in The Journal of Blacks in Higher Education titled “The Only Blacks in College Hockey are the Pucks,” stated that:

The primary motivation throughout the film is for Darryl to win a tight competition for a prized employment position after graduation with a New York brokerage firm called Smythe-Bates. The stated requirements to qualify for the position include, specifically, a record of athletic achievement, high GPA, and ties of tradition through a fraternal organization. This set of requirements is what sends him on his quest for simultaneous hockey glory and admission to the Kappa Zeta fraternity, all while keeping his grades in order. This is reflective of a process that has gotten increasingly common over the years – bolstering a resume through taking on multiple extracurriculars, specifically for the purpose of making one more desirable/employable. You don’t have to search for online to find countless articles on the best kinds of activities to pursue to make your college application or resume look more impressive.

Part of what makes Darryl’s challenge to win the position even harder is that, compared to his competition, he is under significantly greater economic strain. Early in the film, it is revealed that Darryl is behind on rent payments despite working 4 jobs, excessively donating both blood and semen for money, and signing up for experimental medical trials to pay for his schooling. It is also shown that he comes from a low-income single-parent household, and is likely a first-generation college student.

The best-paying studies…they also undergo invasive procedures, like a bronchoscopy or a biopsy, or something else unpleasant, such as being deprived of sleep, wearing a rectal probe, or having allergens sprayed in their faces. Because such studies require a fair amount of time in a research unit, the subjects are usually people who need money and have a lot of time to spare: the unemployed, college students, contract workers, ex-cons…

Speaking of “unpleasant” medical trials, this is where the plot of Senseless really kicks in. After Darryl volunteers for a paid medical trial of a drug aimed at providing “heightened human perception” and “super senses,”  he uses the effects of the drug to get ahead of his peers both academically and athletically. I brought this topic up in my post on How High some time ago, and cited a 2011 article by the University of Pennsylvania’s Dr. Ross Aikins called “Academic Performance Enhancement,” about the use of stimulants by college students to improve their academic performance.

Now that the topic has come up again, I decided to give Dr. Aikins a call, to get a better idea of the realities behind the use of drugs as academic performance enhancers. I had a wonderful conversation with him, and thank him greatly for his insights here.

To begin with, how real is the issue of using drugs to enhance academic performance? What are the drugs people are using to this end?

In college settings, there is functional, academic use of drugs. There is a history of surgeons and concert musicians who use beta blockers and anti-anxiety drugs to perform better. In war and combat, military forces use prescription stimulants and amphetamines. For college students right now, they tend to use Ritalin and Aderall…Generally, other drugs are used as purely recreational. 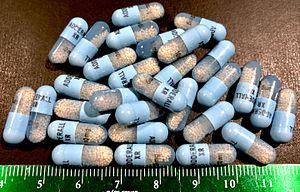 According to what I’ve read, stimulant use for academic purposes is far more common among white males from higher socioeconomic backgrounds. What can you tell me about that?

I have an upcoming article called ‘The White Version of Cheating,’ that looks at the academic use of drugs as an equity issue. They are a thing of privilege and access…you see men more than women in college using these drugs, and more often upper-class white families with access to these drugs. Ultimately, there is a risk factor with fraternities, as they have a culture of resourcefulness in circulating resources to perpetuate advantages, and also get easy access to drugs.

Are Ritalin and Adderall actually “smart drugs” – are people smarter when using them?

There is no evidence that these drugs actually help students academically. It can plausibly provide cognitive benefits on some kinds of tests…they mostly promote wakefulness and provide a feeling of improved performance, without proven gains to GPA.

Is using drugs for academic enhancement actually “cheating”? Is it specifically against the rules pf academic conduct at universities (outside of often being illegal activity)?

Very few colleges classify use of drugs to enhance academic performance as ‘cheating’…we sampled almost 200 university policies and handbooks, and only one included this as a matter for the academic code of conduct. Most schools don’t see it as an academic policy issue. On that one campus that did, it was a response to student demand to include it.

How widespread is this problem, exactly?

According to a number of sources, 8-9% of college students are illicitly using these kinds of stimulant drugs, but that doesn’t take into account technically licit use – when students have a prescription, but don’t use the drug as intended, or didn’t get the legitimate prescription in good faith.

In Senseless, the drug at the center of the plot is specifically engineered to “enhance senses.” Do you know of any drugs specifically made for academic enhancement?

There are not any drugs that I know that have been designed specifically to enhance academic performance…nothing like Limitless is actually out there…at least, I don’t think students are doing this in makeshift labs. There is some evidence that some people are using direct-current brain stimulation as cognitive enhancement, though. You can find information about this online, but it sounds to me to be very risky…people are essentially shocking and hacking their bodies. There are trials for Alzheimer’s medications that aim to improve focus and concentration without some of the negative side affects of current drugs, but those haven’t hit the market. Nothing like what you see in movies or books, though…mostly Ritalin and Adderall is what you see out there on campuses.

Is there anything else people should know about this practice?

This use of these drugs could be creating addicts…students often attribute their successes to the drugs, which is scary. If their career is challenging, will they use drugs as an adult as they did in school? There are concerns about long-term effects of these users later in life as well, due to a lack of longitudinal studies. What will happen to these people (both licit and illicit users), after flooding the brain with chemicals (dopamine, norepinephrine) as a result of using these drugs for so long? Some neuroscientists theorize that they ‘dim the bulb,’ and that early-onset dementia could be possible. We just don’t know yet.

Based on what Dr. Aikins told me, I’m surprised that Senseless ended the way that it did. Ultimately, Darryl confesses that his successes were due to his use of an experimental drug, and he is disqualified from the competition for his prized position. According to Dr. Aikins, however, the odds are good that Darryl didn’t violate any of the school’s academic integrity policies, and because he obtained the drugs legally, I don’t think he violated any policies at all.

Lastly, I wanted to mention something that is played for a joke in the film – heroin addiction among college students. For most of the film, Darryl’s roommate things that he is addicted to heroin, because he catches him injecting drugs. In reality, as opioid use is rising across the United States, campuses are following suit. In 2014, there was a high-profile death of a University of Rochester student by heroin overdose, much like a death at the University of Delaware in 2018, and a 2013 death at the University of Massachusetts – Amherst.

On the whole, Senseless is another crass, sexist, mostly unfunny mess of a movie. However, this is also one of the more interesting films I’ve analyzed for its portrayal of higher education and higher education issues, for what little that might be worth. It is still not a movie I would generally recommend, other than to dedicated higher education nerds.