Invasion of the Neptune Men 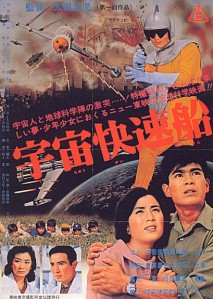 I honestly can’t tell the difference between “Invasion of the Neptune Men” and fellow IMDb Bottom 100 and Mystery Science Theater 3000 feature “Prince of Space”. They are so similar that I bet you could cut them together into a half-coherent movie. I initially made the mistake of watching these two back-to-back, not realizing how similar they were. You can even tell back in my “Prince of Space” review how difficult it was for me to distinguish between the two flicks. If it weren’t for the distinctive tones of Krankor, I wouldn’t have had a chance.

Given the similarities between these movies, most of the points I made in the “Prince of Space” review still stand here. There is a certain bizarre charm to these Japanese import movies, with all of the bad dubbing and dialogue. However, “Neptune Men” lacks a distinct, entertaining villain; which I saw as a big boon for “Prince of Space”. That being said, Sonny Chiba’s Space Chief is a little more interesting than his doppelganger, the eponymous Prince of Space. And I don’t use doppelganger lightly here, just check out how similar these characters look: 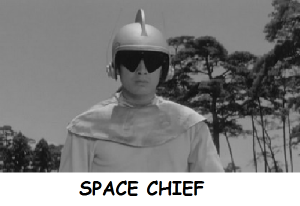 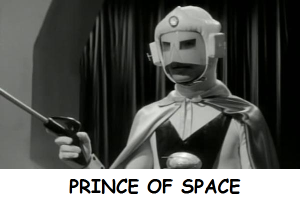 I am sure you can understand my confusion here. In addition to the near-identical heroes, the movies also have similar invasion plots, and both prominently feature a gang of poorly-dubbed children (which is to be expected from the genre). One of the key differences that helped me distinguish between the features were the alien designs. Both look horrendous, but they at least don’t look identically horrendous. “Prince of Space” featured chicken-like humanoids, whereas the Neptune Men wear stylized, conical spacesuits. I give the advantage to “Invasion of the Neptune Men” here, mostly because I could imagine these suits showing up in early “Doctor Who” serials or a weaker episode of “The Twilight Zone”. That’s not saying much though. 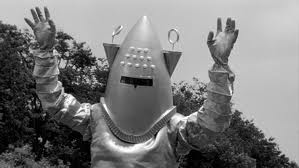 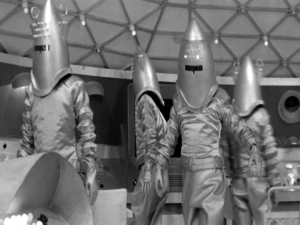 Overall, “Invasion of the Neptune Men” is a more forgettable flick than “Prince of Space”. Apart from the destruction of the Hitler building, there isn’t much that makes this movie stand out from the pack. It is a very long way from being good, but I don’t think it is distinctive or genuinely poor enough to be one of the worst movies of all time. Just like “The Starfighters”, I’m sure there were hordes of movies like this of similar quality that have been forgotten to time.

I can only recommend this movie in conjunction with “Prince of Space”, and with the MST3K treatment. The riffs are pretty good, and the similarities will throw you into confusion pretty fast once you get into the second of the films. As you would expect, you can find both films quite readily on YouTube with a little digging.