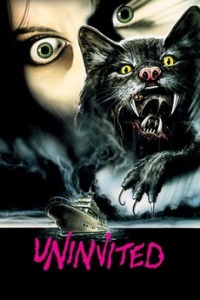 Today I am going to take a look at a truly bizarre low budget film about a killer cat: 1988’s Uninvited.

The plot of Uninvited is succinctly summarized on IMDb as follows:

A mutated killer cat finds its way on-board a yacht.

Uninvited was produced, written, and directed by Greydon Clark, who is probably best known for his work on the Joe Don Baker movies Final Justice and Joysticks.

The music for the film was provided by Dan Slider, who most notably composes and orchestrates the music for the long-running television series America’s Funniest Home Videos. 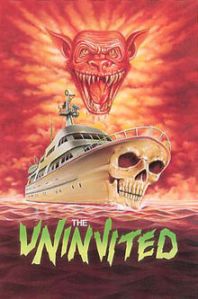 The cast of the film is headlined by George Kennedy, who is best known for more acclaimed movies like Cool Hand Luke and The Dirty Dozen, and is by far the most recognizable face in the lot. Other cast members include Alex Cord (Airwolf), Clu Galuger (Return of the Living Dead), Clare Carey (Coach), and Toni Hudson (Leatherface: Texas Chainsaw Massacre III).

The year prior to Uninvited, a similar movie was released in China called Evil Cat, which also follows the sinister exploits of a blood-thirsty feline.

I sincerely believe that there is only reason that this movie is at all remembered: the cat monster puppet. Holy crap, this cat puppet is honestly one of the worst movie effects I have ever seen. With that said, this movie is simultaneously made and broken by that ridiculous cat puppet. Without it, the movie would have been completely forgettable, and totally lost to the ages. With it, the movie is exponentially more atrocious, but enough so that it has stuck with people through the years. 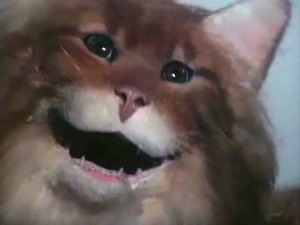 Beyond the puppet, there isn’t much to say about the movie. As you might expect, it has a really slow story, which is fairly typical of this sort of b-movie. If the story had stayed targeted on the cat, there might have been some potential, but the focus regularly drifts to a group of teenagers and a couple of criminals, who are all pretty dull.

Outside of a couple of interesting bulging vein effects, the technical aspects of the movie are pretty much what you would expect from this sort of flick: there are a lot of sound issues, the music is hilariously awful, and the visuals certainly aren’t anything to write home about.

While Uninvited showcases an interesting idea and original concept, I think this was a case of the filmmakers vision exceeding his grasp. With such a low budget, there is just no way that an elaborate cat-demon could have been pulled off adequately.  While that may mean that this movie was doomed from the start, I can certainly say that I am glad it exists, because it is so unique. I highly recommend looking up some clips and stills from the movie, but I certainly don’t endorse sitting through it. The pacing issues make sitting through the whole run time a little too much of a slog, but the cat puppet action simply can’t be missed. 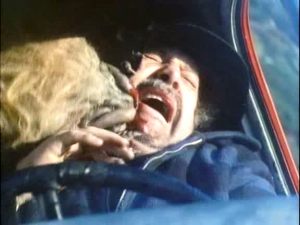