1965’s “Monster A Go Go” is an astoundingly bad film, enough so to be a true separation from the rest of the IMDb Bottom 100. The movie is a patchwork built primarily from parts of an unfinished product (that was poor in its own right), and then supplemented with original footage filmed years after the fact to complete the movie. This has been done with a number of other B-pictures (“They Saved Hitler’s Brain” comes to mind), but “Monster A Go Go” is the most distractingly awful example of this that I have come across.

Apparently “Monster A Go Go” was only cobbled together to fill out the second half of a bill for a double feature. With that in mind, a lot of the flaws in the movie make more sense: the sound issues, continuity errors, inexplicable sets, and abrupt editing are all explained by the simple fact that there was only a minimum amount of effort put into creating the film. The fact that “Monster A Go Go” was also a cheap attempt to salvage an abandoned film certainly contributes to almost all of the most glaring problems in the movie, such as the replaced actors and seemingly unrelated asides throughout the film.  The disjointed product of all of these problems is a film so unfocused and bizarre that it is nearly unwatchable and incomprehensible.

As with many of the other IMDb Bottom 100 entries, “Monster A Go Go” owes much of its reputation to the show Mystery Science Theater 3000. However, none of the other movies in the list have the honor of being considered by the MST3k crew as being the worst movie ever to have been featured on the show*. Considering the sort of movies that made their way onto the MST3k screen, that is really saying something. That said, they certainly do their best to make the movie worth the watch, and the episode highlights are worth checking out:

Personally, I am conflicted about Monster A Go Go. It is undoubtedly a spectacle of how to do everything wrong in making a movie. From an academic perspective, that makes the movie kind of fascinating. On the other hand, it lacks much of the entertainment value that people expect from “good-bad” movies. The MST3k riff is fun and makes the most of the overall rather dull movie, but it is still a tough film to sit through if you are expecting to have a good time. Some of the lighting goofs, silly sets, and the hilariously awful ending get genuine laughs, but they are very few and far between. Unless you want to watch a bad movie for the sake of seeing a movie gone terribly wrong, “Monster A Go Go” is skippable. It certainly isn’t the ideal flick to watch with a group of people to have a good time. 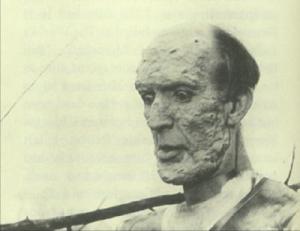 Surprisingly, “Monster A Go Go” is pretty low in the IMDb Bottom 100 (it has been sitting in the 80s). Without a doubt, this is one of the most objectively worst films I have seen while going through the list, standing out with movies like “The Starfighters” and “The Maize”. Given the influence of MST3k fans on the IMDb Bottom 100, I don’t expect it to fall out of the ranking anytime soon, but it is quite surprising to see it so low. I am somewhat curious if there is an odd subset of people over-ranking this movie intentionally, because I have a hard time believing that any significant number of people would rate this movie with more than one star in earnest. In any case, it is sitting where it is for some reason hidden within the will of the masses.