Have I mentioned before how awesome Columbus, OH’s Gateway Film Center is? No? Well, they’re great. After being away from Columbus, OH for the holidays, I just want to give them a giant hug for how generally fantastic they are.

They say that absence makes the heart grow fonder. After spending the last half of December back home in Huntsville, Alabama, I can say without any doubt that I miss the Gateway Film Center as much as I would miss, say, a superpower that suddenly went away: I could live without it and function well enough, but life isn’t nearly as fun that way.

I’m not saying that Huntsville, AL is a culture desert or anything, but there isn’t anything there film-wise that can nearly compare to the quality of the Gateway. The opening of the beautiful Monaco Pictures a few years back was a big step up for the local theater game, but the content there isn’t any more varied than a typical multiplex, which is a damn shame. There are a few film clubs here and there, and a film co-op in the local arts center at Lowe Mill, but those only go so far. There aren’t any cult classic midnight screenings in Huntsville outside of an occasional Rocky Horror show, and the latest indie flicks certainly take their time getting there, if they come at all.  The south doesn’t have a stellar reputation about this kind of stuff, but I can’t help but feel that Huntsville would eat that kind of thing up. It is a pretty cultured city, considering where it is. Maybe it can snag an Alamo Drafthouse someday?

For the hell of it, here are some of the things I missed at Gateway Film Center over the 2 weeks I have been away in Huntsville, just off the top of my head:

Maybe my favorite part of this is that I could have seen all of these, with free popcorn to each, with my $30 monthly membership. That is just goddamn beautiful. I really want GFC to have a physical humanoid embodiment so I can express my fondness for its existence via a top-notch fist-bump. 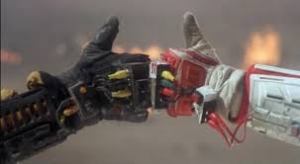 That is all, of course, only covering the past two weeks. I didn’t even get into the Fritz the Nite Owl screenings (which are the best things ever), Dr. Bob’s Midnight Movies, or the other amazing film stuff going on in Columbus NOT at the GFC (I missed a Bad Movie Nite at Studio 35 over those two weeks as well!). There’s also the Wexner Center available for the more “pinkies up” film things, which I should probably visit more often.

Meanwhile, Huntsville didn’t have a single notable screening while I was in town (at least that I was aware of), outside of the typical multiplex fare. I was able to at least share with Huntsville friends some things I saw at Gateway (such as the amazing, sure-to-be-cult-classic “Dead Snow 2: Red vs Dead”) that never got distribution down this way. Again, I’m not trying to single out Huntsville as being particularly poor in the film department here. Honestly, I think it is on par with (or probably somewhat better than) Anytown, USA. The point I’m primarily trying to get across is that I want to hug the Gateway Film Center and be best buddies with it forever. 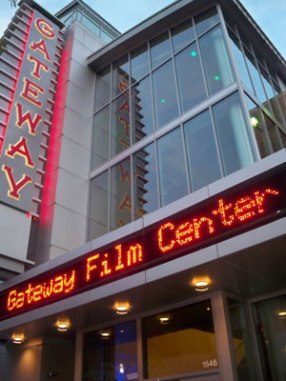 If you live in Columbus, OH and love movies, you should be supporting the Gateway Film Center and the outstanding local film community there. Most of the country has nothing that can compare to it, and the programming has been nothing but stellar since I popped into town back in July. Just, y’know, don’t take it for granted. You could be a film buff stuck in Alabama.