Today, I’m launching a new segment for the blog: “Worst of the Best,” where I will spotlight movies by legendary filmmakers that aren’t on par with their lauded reputations and careers. To start it off, I’ll be taking a look at Sidney Lumet’s film adaptation of The Wiz, from 1978.

The Wiz has the rare distinction of being an adaptation of a re-imagining. The original story behind the movie is, of course, pulled from L. Frank Baum’s legendary 1900 novel The Wonderful Wizard of Oz. However, The Wiz is a direct adaptation of an acclaimed 1974 Broadway musical version of the story, which was written by William F. Brown. The screenplay for this filmed version of The Wiz is interestingly credited to Joel Schumacher, who is mostly known for his later directorial efforts (Batman Forever, Batman & Robin, Falling Down, The Lost Boys, Flatliners).

The Wiz was directed by highly-acclaimed film-maker Sidney Lumet, whose long list of credits spanned over five decades, and includes a number of modern classics: Network, 12 Angry Men, Fail-Safe, Serpico, and Dog Day Afternoon, among others.

The cinematographer for The Wiz was Oswald Morris, who also shot The Dark Crystal, Oliver!, and Stanley Kubrick’s take on Lolita.

The editor for the film was Dede Allen, whose other credits include The Breakfast Club, Serpico, Slap Shot, Dog Day Afternoon, Bonnie & Clyde, The Missouri Breaks, and Slaughterhouse-Five, among many, many others. 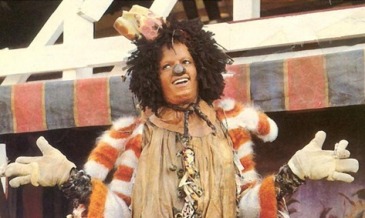 The music for The Wiz was originally composed for the Broadway musical by a man named Charlie Smalls, which earned him a Tony Award. Smalls was interestingly a child prodigy musician, who began attending Juliard at age 11. Sadly, he died in 1987, before he did any other film scores.

The plot of The Wiz is summarized on IMDb as follows:

An adaption of “The Wizard of Oz” that tries to capture the essence of the African American experience.

In December of 2015, NBC produced a live version of the Broadway musical of The Wiz, which has resulted in a new audience being made aware of the curious cult classic movie adaptation from 1978.

There are conflicting reports as to how the original director for the film, John Badham (WarGames, Short Circuit, Saturday Night Fever), left the production. However, there doesn’t seem to be any disagreement over the cause of his departure: the casting of Diana Ross, then 33, in the role of the written-as-14 lead character of Dorothy was a decision he disagreed with vehemently. Ross apparently lobbied hard for the role, and may have been the key influencing factor that brought Michael Jackson to the project. 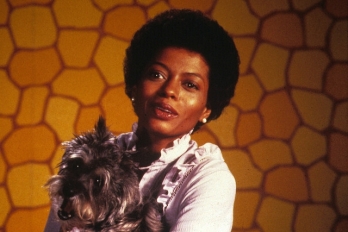 The budget for The Wiz was estimated to have been around $24 million, on which it only managed to make back $21 million in its lifetime theatrical release, making it a net loss from a financial perspective.

The Wiz currently holds Rotten Tomatoes scores of 30% from critics and 65% from audiences, along with IMDb user rating of 5.2. In spite of the underwhelming response to the movie, it has grown into its own as a cult classic over the years. Additionally, it wound up with four Academy Award nominations, though it failed to win in any of the categories.

While watching The Wiz, I was reminded quite a bit of Sgt. Pepper’s Lonely Hearts Club Band, which released in the same year. Both of them star talented and popular musicians (without any real acting talent), and they both subsequently have decent songs as a result. However, The Wiz is certainly better constructed than Sgt. Pepper, as it has some really cool production and set design. The aesthetic of the movie is unlike just about anything else you’ll see.

Unfortunately, that’s where the positives really end with The Wiz. It looks and sounds good, but the movie is more of a music video than a movie. The minute any of the performers are expected to actually act, things fall apart fast. I can certainly see how this could fly well on a stage with trained musical actors, but with pop stars like Diana Ross and Michael Jackson in the roles, it just doesn’t gel. Particularly, Ross is not up to the task of leading this movie: she was miscast to start with, and doesn’t prove to have the acting chops (if you ask me) to overcome that issue. Even worse, however, is the supporting cast, which is uniformly composed of obnoxious characters that did little other than grate on me. Surprisingly, Michael Jackson was probably the most watchable of the lot, which says more about the cast as a whole than it does about his acting talents.

Overall, I suppose I understand why this movie has a special place in the cultural mindset: in a lot of ways, it is unforgettable. It was also a major cultural coup to have a Hollywood production with an all-black cast, which is still not a particularly common sight. In 1977, it was unthinkable for many. However, I think The Wiz, in retrospect, is the perfect example of a gilded movie, with plenty of flash on the outside, but nothing compelling underneath the surface.

When it comes down to it, I think the biggest issue with the movie is that the wrong people were picked for the production, and not just Diana Ross (though that is certainly an issue). I think the production was in a serious rush, and Sidney Lumet was the first available person to take the job, and was picked for his reputation of staying on budget rather than for his skillset being suitable for the movie. Two years earlier, he made on of the best satire films of all time (Network), with defining dramatic performances for the modern era of film. Then, he was put in charge of a fluff musical project? It just doesn’t make a lot of sense to me.

I still think The Wiz is worth checking out for bad movie fans, mostly because it is such a cult movie with nostalgic connections for so many. Personally, I’m not a big fan, but I can understand why the movie has an appeal for some people. If you ask me, Sgt. Pepper offers the same sort of musical nonsense, but with a far more hilariously terrible plot and final product. If a good-bad movie is what you are looking for, I would advise going to that one first. Or, if you are particularly daring, take them on as a double feature.

As far as Sidney Lumet goes, I’m sure I’ll be getting around to more of his movies soon. There’s sort on an inevitability that such a long and prolific career would produce a few duds here and there (and there certainly are some), but that doesn’t negate his highlights in the slightest. Network is one of my favorite movies of all time, and 12 Angry Men, Dog Day Afternoon, and Serpico are also required watching for film buffs if you ask me. Sidney Lumet is a master, and one who doesn’t always get the recognition he deserves as one of the greats.