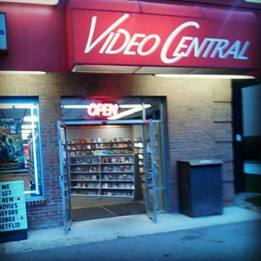 Pitch:
“This is a weird movie. I think it is a Thanksgiving flick? In any case, a family is all reunited for some reason, and it has a sort of dinner setting. One character thinks that she is Jackie-O. It isn’t the focus of the movie though, and it seems realistic in that the family just seems to have dealt with it. In any case, things go very wrong”

“House of Yes” is an adaptation from an acclaimed play by Wendy MacLeod. Director / screenwriter Mark Waters has had significant success since doing “House of Yes,” though only on the directing side of things: he has been behind the camera on movies like “Mean Girls,” “Freaky Friday,” and “Just Like Heaven,” but has not had a single screenwriting credit since “House of Yes.”

“House of Yes” has a not-insignificant cast, although the jewel in the crown is undoubtedly Parker Posey, who plays the delusional “Jackie-O.” Rachel Leigh Cook interestingly appears in a very early role as the same character in flashbacks. Others in the cast include Freddie Pinze Jr., Tori Spelling, and Josh Hamilton.

Elsewhere in the crew, co-executive producer Scott Silver later co-wrote the Academy Award nominated screenplay for “The Fighter.” Cinematographer Michael Spiller has since done extensive directing in television, earning awards for shows such as “Modern Family” and “The Bernie Mac Show.” Casting director Mary Vernieu has worked on a number of acclaimed movies in recent years, including “Black Swan,” “End of Watch,” “Looper,” and “The Wrestler.”

While “House of Yes” did well at festivals, it ultimately received mixed reviews. Currently, the movie has a 64% on Rotten Tomatoes, a 78% audience score, and a 6.7 IMDb user rating. Parker Posey’s role as Jackie O was well-praised, getting specific recognition at the Sundance Film Festival. However, on the other side of the spectrum, Tori Spelling was nominated for a Golden Raspberry for her role in the movie, specifically for “Worst New Star.”

You can really feel that this was originally performed on a stage. There is something about the way scenes are set up and about how characters behave that are distinctly stage-like. It isn’t necessarily a bad thing, as much as it is just something that is worth noting. I’m a little curious if this would turn off audiences to the movie, or if it wouldn’t significantly affect their perception of it. I suppose there is a lot more about this particular movie that would put off your average audience that the stage-y atmosphere, but I’ll get to that soon enough.

Parker Posey’s “Jackie O” is undoubtedly the centerpiece of the story, and she fills the role well. Every line she speaks increases the tension of a scene, and she creates a hauntingly realistic unbalanced atmosphere. That said, the next most impressive performance is interestingly Rachel Leigh Cook, who plays the same character in a flashback. This was a couple of years before she hit the spotlight, but she does a great job of doing the same things that Posey does with the character, which don’t exactly come intuitively to young actors (who are, frankly, usually crap). 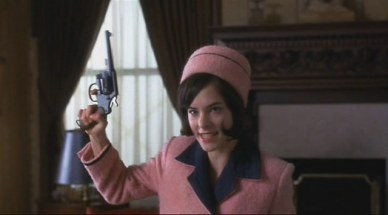 I’m not usually a big fan of the Golden Raspberry awards, but I can’t really disagree with their decision to nominate Tori Spelling for her role in this movie. She’s the only real weak link in the cast (though Prinze isn’t exactly heavy lifting either), and there is a lot of burden on her shoulders for the film. It still holds together despite her not holding up her end, but it would certainly have been a stronger film overall with someone more competent in the role.

I’m a big fan of well done dark comedies, but I’m not really sure if this classifies for the genre. There’s nothing funny happening at all in the movie, which kind of confuses me. It isn’t necessarily wrong for the movie to not have any humor, but it makes the marketing seem really deceptive. From my perspective, it just strikes me as a strange dramatic film. Whereas something like “It’s A Disaster” creates humor out of bleak situations, “House of Yes” just presents bleak situations. There are no attempts to make light of anything, or to extract humor like blood from a stone. There are just uncomfortable scenarios and peculiar people, and that is all. Again, this isn’t a bad thing: it is still interesting to watch, but it defies the label of comedy if you ask me.

When it comes to a recommendation, I think I could recommend this to anyone who knows what they are getting into, and are OK with that. Otherwise, I think that this would be an unpleasant experience. When you are expecting to get something dark yet lofty, and instead get a heavy plot about murder, incest, and mental illness without a laugh or smirk to be had, you have every right to be a little unhappy with the product. However, as a drama, it is a well-done and tense story with a number of solid performances.

5 thoughts on “House of Yes”