Howdy loyal followers! As you are well aware, we are just about to put another year behind us. With 2017 coming to an end, I wanted to, once again, shine a spotlight on the publicly perceived worst films of the year.

I want to re-emphasize that this is a list I generated based on public perception, and not objective quality. I chose to measure this by compiling 11 currently published year-end “Worst of 2017” lists (from sources like The AV Club and The Chicago Tribune), then I tallied up how often each film appeared. It is a pretty simple and data-driven way to make this sort of list, and gives a rough idea of how widely despised individual films were.

As with last year, there was no consensus between the various “Worst of 2017” lists. Between the 11 ranking lists I initially pulled movies from, I wound up with roughly 70 different films with at least one tally, which included some obviously contentious, contrarian picks like Phantom Thread and The Killing of a Sacred Deer. For the sake of brevity, I’m only listing out movies here that appeared on more than 2 lists, but if you want to see the final version of my spreadsheet with all of the tallies and sources used, you can find it here.

Once again, there was no consensus pick for the worst picture of 2017. Last year, the most consistently reviled movie (Independence Day: Resurgence) was on 10/14 rankings, which crunches out to just under 72%. The fact that the closest thing to an agreed “worst movie of the year” failed to land a vote on 28% of lists certainly says something about either a variety of tastes, or a competitive field of bad movies. This year was no different: the highest vote-getter only barely squeaked by a tight pack of contenders, and received votes on only 7/11 lists (63.6%).

Without further ado, here are the publicly perceived worst movies of 2017: 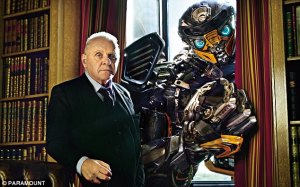 Are there any movies that you expected to see that didn’t make the cut? Let me know in the comments!