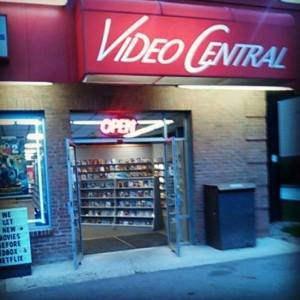 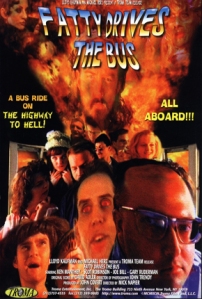 Pitch:
“If you can handle a Troma movie, this is by far my favorite of theirs. It is about Satan hijacking a tour bus to take the souls of the passengers, but Jesus is in town and tries to stop them. I don’t think the director ever made any other movies, but it is one of my favorites.” 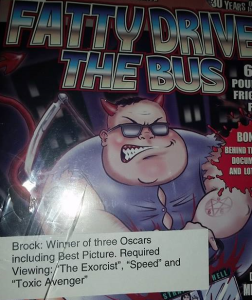 The box for “Fatty Drives the Bus” proudly claims that it is a “film so far underground that it is going to hell.” As you might expect, there isn’t a whole lot of information out there about this low-budget 1999 Troma-produced flick.

Writer/Director Mick Napier is apparently a well-known Chicago stage director and improvisor, who has worked extensively with Second City and founded Chicago’s “The Annoyance Theater.” He is particularly well-regarded for his comedy improvisation, and has written a book on the subject called “Improvise: Scene From the Inside Out”

All of that said, Napier doesn’t have a whole lot of experience working on screen. He has had minor roles in movies like “The Ice Harvest” as an actor, but his writing and directing has been primarily limited to “Fatty Drives the Bus” and the television series “Exit 57,” which featured now well-known talents like Stephen Colbert and Amy Sedaris.

The cast of “Fatty Drives the Bus” is made up of an assortment of comedic actors: I assume it was a sort of hodge-podge of whoever was available around Chicago at the time. It is pretty evident that this production didn’t have money behind it, so I doubt that anyone was being flown in to contribute.

As mentioned previously, “Fatty Drives the Bus” is distributed by the infamous outfit Troma Entertainment, through their Troma Team Video wing. Troma is known for Z-grade, tongue-in-cheek, crass productions like “The Toxic Avenger,” “Tromeo & Juliet,” and “Sgt. Kabukiman,” and perhaps more so for their charismatic, eccentric patriarch Lloyd Kaufman. When not creating eye-grabbing garbage movies, they also do a fair bit of distribution of Z pictures, as was the case with “Fattie Drives the Bus.”  Personally, seeing the Troma seal on a movie typically turns me off: not only are their movies consistently of poor quality, but they are never made in earnest, which denies them the charm of other bad movies. Still, they certainly have their fans, making them a particularly divisive outfit in the world of bad movies. 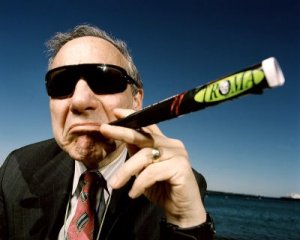 However, because “Fatty Drives the Bus” was only distributed by Troma (not created by them), I am holding on to some optimism about this flick.

“Fatty Drives the Bus” definitely has similarities to the usual Troma fare, primarily in the fact that it sells itself on its title and outlandish plot. However, I think the content is far more similar to absurd comedies like “Tim & Eric Awesome Show, Great Job!” than the often physical and crass humor in most Troma flicks.

“Fatty Drives the Bus” is not a good movie in any conventional sense of the term, but there is some strange enjoyment to be had out of it. It is pretty clear that Napier has a great sense for comedy, and that the weaknesses of the movie have a whole lot more to do with inexperience behind a camera and what were almost certainly financial limitations for the project. For instance, the sound editing is particularly awful, and the pacing and editing through a number of sections is just bizarre, but not in what I assume was the intended way. 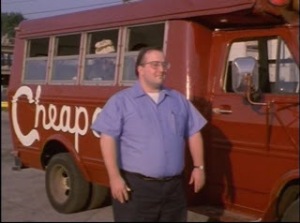 As far as the positives go, the hell segments have some pretty solid makeup effects, and it is evident from both the writing and the deliveries that everyone involved with the production knows comedy inside and out. However, the comedy here is a very specific brand that I don’t think would appeal to a whole lot of people. I enjoyed it well enough even though it isn’t exactly my preferred flavor of comedy, but I would have trouble recommending it to anyone else. The movie, first and foremost, is just damn weird, enough so to turn off just about anyone. The technical issues are also pretty glaring in a way that might annoy audiences, but there is some question as to whether it was all intended in order to emphasize the atmosphere. I’m usually skeptical of that kind of ad hoc justification for quality issues, so I am not going to run with that assumption.

If you are into absurd humor in the style of “Tim & Eric”, this might be a movie up your alley. However, it certainly isn’t as well crafted as “Tim & Eric,” and you generally shouldn’t expect anything of quality outside of the humor. For anyone else, I would advise avoiding “Fatty Drives the Bus.” That shouldn’t be particularly hard, though, as this one isn’t likely to be sitting on a shelf anywhere near you.