Welcome back to the two-week spotlight on director Stuart Gordon! Next up is 2007’s “Stuck,” a strange thriller pulled straight from tabloid headlines.

“Stuck” was co-written by Stuart Gordon and a fellow named John Strysik, who previously worked on 2002’s “Deathbed,” which Gordon produced. The story is loosely based on a incident that occurred in 2001, in which a woman hit a homeless man with her car, and then hit him in her garage, assuming he was dead. The screenplay changes a number of details significantly, but the general premise is based on the outlandish tale, which received a good deal of press coverage at the time.

The cinematography on “Stuck” was provided by Denis Maloney, who rejoined Stuart Gordon after working together on “Edmond” a couple of years beforehand. The music for “Stuck” is also provided by a returning crew member from “Edmond:” Bobby Johnston, who also worked on Stuart Gordon’s “King of the Ants” some years earlier.

The cast of “Stuck” includes some notable faces from Academy Award Best Picture winners, notably Mena Suvari of “American Beauty” and Stephen Rea of “The Crying Game.” The accessory cast includes Lionel Mark Smith (who also appears in Gordon’s “Edmond” and “King of the Ants”), Russell Hornsby of “Grimm,” and Stuart Gordon’s wife Carolyn Purdy-Gordon, who once again plays a curt medical professional (as she did in “Re-Animator” and “From Beyond”). 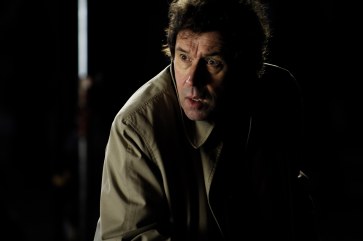 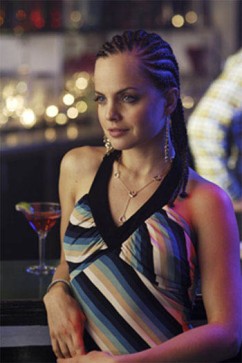 The reception of “Stuck” was pretty mediocre: it has a 72% critic score and a 55% audience score on Rotten Tomatoes, along with a 6.5 rating on IMDb. However, the box office totals on the film were particularly awful: it grossed less than 100,000 dollars in a brief theatrical run on a estimated budget of $5 million, making it a financial failure.

Personally, I feel like “Stuck” is a pretty solid low-budget thriller, and builds suspense well throughout the film. I didn’t think there were any glaring flaws, but there also isn’t much about the film that makes it stand out from a crowd.

“Stuck” does feature some really good performances, particularly from Rea and Suvari. However, just like the rest of the film, they don’t really leave a lasting impression. I also found that the characters didn’t seems very realistic, which is odd given the source material is (theoretically) reality. I will say that you can’t help but empathize with Rea’s character, and that Suvari’s character becomes increasingly despicable as the story goes on, to the point that she is damn near demonic by the end of the film.

“Stuck” still has a little bit of Stuart Gordon’s trademark style despite the shift in genre, with some cringing gore moments (notably a sequence where a dog chews on someone’s exposed bone) and a little bit of dark comedy interspersed throughout. Oddly, though, judging by the trailer it was marketed as a straight comedy, which is not even close to accurate, and almost certainly blindsided any audiences going in based on that summary and hook. The trailer almost feels like a parody cut of out-of-context moments from the film, and is surreal to see after watching the actual movie. Here is another look at that:

Overall, I appreciate that “Stuck” is yet another attempt by Stuart Gordon to step outside of his usual genre boundaries. I found it to be a little bit better than “Edmond,” which takes a similar tone and atmosphere, and it is certainly leagues better than the train-wreck that is “The Wonderful Ice Cream Suit.” It certainly doesn’t belong in the top tier of Gordon’s works as far as entertainment value goes, but it is also more of a clear-cut thriller than most of his other works. I enjoyed it, particularly for its small budget, and think that the criticisms of it are a bit harsher than is merited. It isn’t a masterpiece, but it is a pretty solid watch with some good performances.