Howdy loyal followers and wandering spambots! After a hiatus induced by PhD work, I’m back with my annual analysis of the worst films of the year.

As with previous years, I want to emphasize that this is a measure of public opinion – I’m not assessing any kind of objective quality, but rather gauging the public perception of which movies were the worst of the year. I measure this by compiling published year-end “Worst of 2019” lists (from sources like The AV Club and Variety), then I tally up how often each film appears on these lists. It makes for a simple frequency distribution to visualize how widely despised these various 2019 films were. If you would like to see my tallies, they are available here. 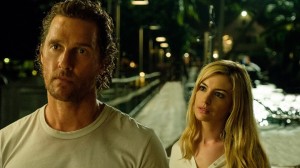 As with previous years, there was no universal consensus for the worst film of the year. The leader of the pack was only included in 14 of 16 year-end lists, meaning 2 lists omitted it entirely. However, the is the strongest win for any movie I have covered since I started doing this annual post. There were plenty of ties within the rankings, though one film did stand above (below?) the others, unlike last year’s first-place tie. Without further delay, here are the rankings.

Are there any movies that you expected to see that didn’t make the cut? Were any of these movies better than the public judged them to be? Let me know!