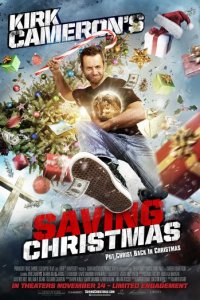 For those who haven’t heard yet, Kirk Cameron’s new movie “Saving Christmas” recently topped the IMDb’s Bottom 100 list. This came about just after Kirk Cameron attempted to inflate his movie’s score on Rotten Tomatoes by calling on his fan base to give his movie a “fresh” rating. Unfortunately for Cameron, that isn’t how the review aggregation site works. Even more unfortunately for Cameron, the internet doesn’t take too kindly to those sorts of shenanigans, nor does it have much patience for vapid evangelism. 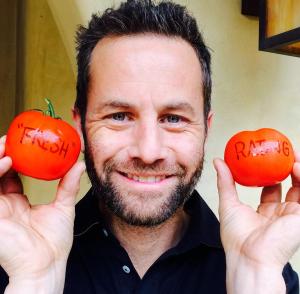 Thus, quick as a flash, all of the democratic online ratings for “Saving Christmas” (including the audience score on “Rotten Tomatoes” and the IMDb user score) tanked into oblivion. Kirk Cameron, being the Kirk Cameron that he is, believes that this is a result of a grand atheist conspiracy. Well, let us aim to get down to the truth of the matter then, shall we?

Outside of the internet’s backlash to Cameron’s Rotten Tomatoes shenanigans, there are plenty of other reasons that “Saving Christmas” has been so poorly received. And, believe it or not, I don’t think the backlash is universally from internet atheists and disgruntled troll-folk. I honestly believe that Kirk Cameron managed to split his evangelical base with the message of “Saving Christmas”.

When it comes down to it, “Saving Christmas” isn’t about the mythical “War on Christmas” (as it was advertised): it is a movie aimed at evangelical, conservative Christians who either do not loudly celebrate Christmas, or publicly condemn common Christmas practices due to pagan roots or ties to sinful behavior. The very structure of the movie is laid out as a dialogue between Cameron and his fictitious brother-in-law (and fellow evangelical) Christian, who acts as the straw man of these sorts of Christmas detractors. Cameron, over the course of the movie, walks Christian through his complaints about the materialism of modern Christmas and the Pagan roots of many holiday traditions. Even though Cameron’s arguments for these practices being complimentary with Christianity are generally poorly thought out, it is clear that he is attempting to call out and persuade his fellow evangelicals to come around to his way of thinking. This is an attack movie on a sub-population of his own people.

This may be a bit obvious, but another big part of the reason that “Saving Christmas” has been so poorly received has nothing to do with the film itself, but is rather just a reaction to the fact that Kirk Cameron has his name plastered all over it. Cameron suffers from something that I’ve started calling the “Uwe Boll Effect”, in which the poor behavior and unpopularity of a key player in a film leads to the poor reception of their work, regardless of the work’s actual quality.

These days, Cameron only registers on the public’s radar when he is saying something wildly homophobic, blatantly misogynistic, or is puppeting some sort of conservative agenda, and none of those things win you popularity points on the internet. Even without his attempt to inflate the movie’s scores, “Saving Christmas” would have registered abysmal scores on IMDb for this reason alone. It probably wouldn’t have been bad enough to hit the Bottom 100, but the fact that Cameron’s name is on the film meant that it wasn’t going to get anything over a 5.0 out of 10 (generous), and that is regardless of the actual quality of the movie. 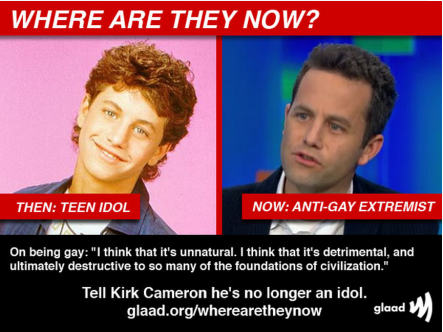 Before I get on to talking about the actual film, I want to clearly address something: “Saving Christmas” is in no way the worst movie of all time. The IMDb rankings and the Rotten Tomatoes audience score are both living, democratic scores, which means that they fluctuate in accordance with public opinion. The phenomenally low scores for “Saving Christmas” on these mediums should not be read to mean “this is the worst movie of all time”, but rather as “this is perceived by the public right now to be the worst movie of all time”. I see people misread these rankings all the time (particularly the IMDb). The user score is literally a popularity contest, not an intelligently crafted tome. I don’t mean to say that in a detracting manner: it is actually an interesting and valuable ranking that acts as a barometer of current popular opinion, which is frankly interesting as fuck. Both the Rotten Tomatoes audience score and the IMDb user score are fascinating numbers, but they need to be appreciated for what they actually represent. I can guarantee you that there is not a critic in the world who would cite “Saving Christmas” as being objectively worse as a film than “Monster-A-Go-Go”, and that should tell you all you need to know about the objective accuracy of the IMDb Bottom 100. Now, on to the movie.

“Saving Christmas” is, of course, quite bad. Most of the issues come from poor structure and pacing, which I believe are side effects of attempts to pad out the final run time of the flick. There is an extended, unnecessary dance sequence towards the end of the movie that doesn’t serve much of a purpose besides burning time, and there is a scene early on with no plot significance in which two peripheral character have a conversation almost entirely via ADR (automated dialogue replacement, voiceover done after the fact), meaning that it is entirely possible that the scene was not actually written until after it was filmed. I think these two sequences wound up being as long as they were specifically to pad the run time, which subsequently slowed down the pace of the movie. Even the story structure itself makes the movie feel longer: it is never clear as the dialogue between Cameron and Christian progresses where the movie is in the run time. Most linear plots provide a sort of shorthand for audiences: for instance, you generally have an idea of when the second act is wrapping up, just due to how the story is progressing on screen. In “Saving Christmas”, which lacks a traditional plot, the audience isn’t given any of these usual landmarks, so you never quite know where you are in the movie. The effect of this is that the movie feels longer than it actually is, which is generally something you don’t want to happen. This isn’t necessarily going to result in a bad movie (see: “Pulp Fiction” and “Reservoir Dogs”), but it doesn’t do a film any favors if the audience isn’t sufficiently engaged.

I have mentioned a little bit about the writing already, specifically the fact that it is mostly done as a dialogue between two characters. While the contents of Kirk Cameron’s lines are basically word salad, those scenes aren’t nearly as poorly written as the ones that aren’t specifically between the two lead characters. When not focused on Cameron and Christian, this movie goes off the rails in the writing department. Kirk Cameron provides voice-over in nearly every scene, which is something that would be grating in an otherwise good movie with a better actor doing the readings. But here, given that all of the voice-over is done by Kirk Cameron, delivered in a typical preacher’s cadence, and has the content of a thrown-together Sunday school class, you honestly feel like you are trapped in a visual companion to a Christmas sermon. Worse yet, the little exposure the audience gets to the accessory cast away from Cameron is plagued with lazy stereotypes and banal, unnecessary, and seemingly improvised dialogue.

The acting in “Saving Christmas” is kind of difficult to cover. Kirk Cameron is clearly comfortable in his role, because he is absolutely in his element in this movie. The whole world of the movie does seem to bend and contour around him, almost like he is Neo in “The Matrix”, but I feel like that is more of a writing issue than an acting one. He does come off as incredibly smug, but I can’t really consider that a weakness of his performance: his role (and the movie) is smug by design. Writer/director Darren Doane is serviceable enough as Christian, though he spouts some horribly written lines of attempted comedic dialogue, and is portraying one of the least believable / most malleable characters I’ve ever seen on screen. Perhaps it speaks to his credit as an actor that the character still seems genuine despite all of that?

Beyond those two leads, the only other notable that stood out to me was the guy who plays Santa Claus, who has a great menacing look to him, but his line-reads were pretty miserable once he opened his mouth. As for the rest of the cast, the movie doesn’t spend enough time with most of them for me to make judgements either way: outside of the token black stereotype character, they are basically the cardboard cutouts from “Home Alone” that exist solely to create the illusion of a Christmas party.

So, would I recommend “Saving Christmas?” Not particularly. Unless you are really into counter-apologetics and find Kirk Cameron’s usual bad arguments entertaining in general, there isn’t a whole lot of fun to have here. Alternatively, if you are particularly fond of watching bad movies for the sake of learning how films go wrong, there is some value to sitting through this. The structure is mind-boggling, and there are a number of sequences that are shockingly incompetent enough for a film buff to appreciate. That said, there are a handful of decent shots in the movie, so it isn’t absolutely horrible top to bottom. The straw man and stereotype-laden writing are generally just tiresome, and don’t produce any entertainment value, so the film just winds up being a dull experience when it comes down to it.

However, I definitely recommend watching this hilarious re-cut of the “Saving Christmas” trailer. Stick with it until the end, you won’t regret it: