Continuing with the “15 Days of Bad Christmas Movies”, today’s entry is on the 1996 Hulk Hogan vehicle “Santa With Muscles”. Get ready for some Santamania!

“Santa With Muscles” is one of a handful of attempts to turn Hulk Hogan into a legitimate crossover star. After his performance in “Rocky III”, Hulk starred in a string of unsuccessful movies. Much can be said of his films like “No Holds Barred” and “Suburban Commando”, but his movie career was undoubtedly more successful than his brief music career, which consisted of one hilarious album entitled “Hulk Rules”. I suggest looking it up on YouTube, it is pretty laughable.

The plot of Santa With Muscles centers around the egomaniac health mogul and millionaire Blake Thorne (played by Hulk Hogan), who, after becoming severely concussed during a run-in with police, wakes up believing himself to be Santa Claus. This leads to Thorne becoming a vigilante orphan advocate in his local community, all while a con man pretending to be his elf (Don Stark) tries to prevent him from re-discovering his identity as part of an elaborate attempt at bank fraud.

Another plot surfaces when a it is revealed that a local eccentric health-obsessive and germophobe (Ed Begley, Jr) is terrorizing an orphanage via his super-powered minions (their powers, of course, are not explained). Their actions prompt Thorne to repeatedly intervene on behalf of the orphanage, gaining him minor celebrity status as a peace-keeper along the way.

Among the orphanage residents is the now famous actress Mila Kunis, in one of her earliest film roles. Interestingly enough, co-star Don Stark would later play her father for many years on the hit sitcom “That 70’s Show”.

The sleeveless Santa suit that Hogan wears for much of the movie is designed in-story by Mila Kunis’s character, Sarah. When asked about the design, she claims that it was inspired by a comic book, specifically “Mega Man #96”. Mega Man is a well known video game hero and one of the franchise faces of Capcom. While he has had a couple of comic book runs, none have made it to #98, and the blue robotic boy does not much resemble Santa Claus, nor does he use a utility belt or wear a red suit. That said, his creator, Dr Light, bears a significant similarity to the jolly saint nick. But, I’m willing to bet that there isn’t a real connection there.

The executive producer of “Santa With Muscles” is none other than Jordan Belfourt, a man now famous as “The Wolf of Wall Street”. Belfourt served as Executive Producer of six movies in 1996, including “Santa with Muscles” and another Hulk Hogan family feature called “Secret Agent Club”. Belfourt also became good friends with notorious B-movie director David DeCoteau during this brief fling with the movie business. DeCoteau later loosely adapted Belfourt’s tales from Wall Street into a homoerotic werewolf movie called “The Wolves of Wall Street”, a flick that predated Scorcese’s famous work by a solid decade. 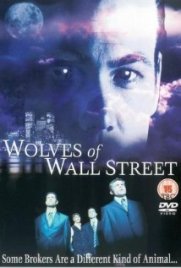 At the beginning of “Santa With Muscles”, Hulk Hogan is playing a character clearly based heavily on himself, but he is inexplicably a complete dick to everyone around him. Why might that be? Well, this is more justified than you might think: it isn’t a Dickensian redemption tale for the sake of Christmas alone.

In July of 1996, Hulk Hogan made the shocking move to turn heel for the first time in his career: a term used to signify a “villain” in the pro wrestling community. Ironically, this turn to the dark side coincided with his adoption of the nickname “Hollywood”: I’m guessing he had higher aspirations for his film career than “3 Ninjas: High Noon at Mega Mountain”. In any case Hulk continued on as a consistent villain in the WCW wrestling league for a number of years after this. The November 1996 release of “Santa With Muscles” places it in the midst of Hulk’s sinister turn, so it makes sense that he plays a callous and cold character as the story unfolds.

According to IMDb’s trivia section, the original author’s draft of “Santa with Muscles” was changed so extensively that he sued to have his name taken off of the film. I haven’t found any information to independently substantiate the rumor, but I certainly wouldn’t be shocked if this were true. The three credited writers on the film include one person with no other credits of any kind, a fellow who is only credited as an assortment of extras (he played a water slide attendant in “Bill and Ted’s Excellent Adventure”, apparently), and another person with a handful of credits solely as a casting assistant. It isn’t exactly a writing dream team.

“Santa With Muscles” director John Murlowski was also responsible for the other 1996 Hulk Hogan movie, “Secret Agent Club”. However, he is probably best known for helming the film “Cop Dog”: a kid’s movie in which the ghost of a dead dog possessed by a fallen cop leads a young child on a quest for revenge. It is a very strange film.

Among the accessory cast of “Santa With Muscles” are Clint Howard, who is the brother of famed director Ron Howard (and a stalwart B-movie character actor in his own right). He has featured in movies such as “The Ice Cream Man” and “Evilspeak”, not to mention a veritable drove of Uwe Boll movies. Also appearing is Garret Morris, best known as an inaugural cast member of NBC’s beloved comedy sketch program Saturday Night Live.

The climax of “Santa With Muscles” sees Hulk Hogan doing battle with Ed Begley Jr (clad, as always, in a hazmat suit) in an expansive cave below the orphanage. It is revealed that the building sits atop a mine filled with valuable explosive crystals, which is why Begley had been trying to expel the orphans. It is also inexplicably revealed that both men were raised in the orphanage as children, and at one point were best friends. In light of these bizarre and lazy revelations, the two men have a sword fight with the highly explosive crystals, which somehow doesn’t blow them both up into tiny meat chunks. The aftermath of the battle does ultimately see the orphanage explode, after which Thorne opens his mansion up as a new location for the children, completing his redemption.

On to the plotopsy of the film: what led to the failure of “Santa With Muscles”?

First off, it is just too damn cartoon-y. The villains have ridiculous unexplained superpowers, and chew their way through scenery throughout the film. Ed Begley Jr’s lead villain is played as such an over the top germophobe that the trees in front of his house are shown covered in plastic. That kind of thinking makes my brain want to implode.

Of course, centering a movie around Hulk Hogan isn’t such a great idea either. He may be a good showman, but he is a horrendous actor. Watching him stumble through lines in this movie is embarrassing, particularly during an interview sequence where he is supposed to be acting nervous. It takes an unfathomable void of talent to not be able to appear nervous and confused. Last but certainly not least, this script is absolutely abysmal. The plot is baffling and poorly paced,  and the dialogue is awkward and stilted throughout the film. I am kind of curious what the original draft looked like, and how it managed to be mutated into the state that it ended up in.

All in all, I absolutely recommend giving Santa With Muscles a watch if you can find a copy of it. It is definitely a movie you have to see to believe, and it may be the worst entry in Hulk Hogan’s abysmal filmography. The pacing slows down significantly here and there, but there are generally enough confusing and outlandish moments to keep your eyebrows cocked and your jaw on the floor through the entire run time.
That’s all for today’s (Plot)opsy Podcast here at the Misan[trope]y Movie Blog! I recommend checking out the rest of the “15 Days of Bad Christmas Movies”. Here’s what you will find this week:

If We Made It Podcast
Silent Night Deadly Night 2