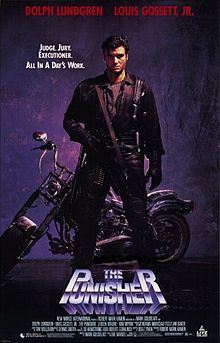 Elves was written and directed by Jeffrey Mandel, who worked on the television series Super Force and the low-budget flicks Firehead and Cyber-CHIC.

The cinematographer for the film was Kenny Carmack, who shot a handful of similar low-budget sci-fi features like Alien Seed and Laser Moon. The editor for Elves, Tom Matties, also worked on Alien Seed: one his few other listed credits.

The special effects work for Elves is credited to Evan Campbell, who has worked on such productions as The Faculty, Spawn, Darkman III, Darkman II, and Super Mario Bros., among many others. The stunt coordinator for the movie was an equally season B-movie veteran: Bob Bragg, who worked on Hell Comes To Frogtown, Friday the 13th Part VII, Mac And Me, Zandalee, and Leprechaun: Back 2 Tha Hood.

The musical score for Elves was composed by Vladimir Horunzhy, who provided music for a couple of episodes of Tales From The Crypt, as well as for the notorious Stephen King miniseries adaptation of The Langoliers.

The most prominent and recognizable member of the cast of Elves is Dan Haggerty, who is best known for his lead role in The Life And Times Of Grizzly Adams. He also notably served as an associate producer on the movie.

The plot of Elves is summarized on IMDb as follows:

A young woman discovers that she is the focus of an evil nazi experiment involving selective breeding and summoned elves, an attempt to create a race of supermen. She and two of her friends are trapped in a department store with an elf, and only Dan Haggerty, as the renegade loose-cannon Santa Claus, can save them. 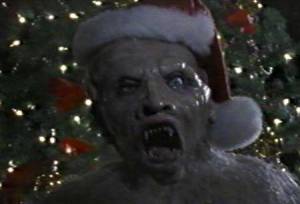 Elves currently holds an IMDb user rating of 4.1, along with a 35% audience aggregate score on Rotten Tomatoes. Its limited releases mean that it has mostly spread through word of mouth, but it has developed quite a reputation among bad movie fans as a holiday favorite.

Elves is, above all else, a very goddamn strange movie. The premise, that elves are not just real, but the result of genetic experimentation by Nazis, is so impossibly outlandish that it is hard to believe that this movie isn’t a comedy. When you include how awful the eponymous elf puppet looks, it is astounding that anyone would imagine releasing the finished product of this movie, even direct to video.

Lucky for us all, this movie was made with its atrocious plot and dialogue in tact, and with the cheapest effects the production could afford with spare change. The result is a movie that is nothing short of gut-bustingly hilarious: the performances are laughable (particularly the German accents), but honest, and there is never even one hint that this movie wasn’t a 100% serious effort to make a horror movie. Despite dialogue about evil elves, Nazis, magic, and incest, every one of these performers plays it totally straight, and the result if pure magic.

Elves isn’t quite on the level of Troll 2 or The Room as a good bad movie, but I think it is the closest thing there is for the holiday season. Santa Claus Conquers The Martians and Santa Claus are good fun, but neither reach the heights of what-the-fuckery offered with Elves. For bad movie fans, this is a must see. Unfortunately, it has never received a DVD release, but VHS and digital copies are floating around in the ether, and you can find them with a little bit of digging.

For more thoughts on Elves, I suggest checking out Red Letter Media’s Best of the Worst, The Cinema Snob, Dark Corners of This Sick World, and the Bad Movie Fiends podcast. As it turns out, the real good-bad movies have a way of making the rounds quickly.

The Punisher is a character who was initially created by Gerry Conway, Ross Andru, and John Romita, Sr. for Marvel, and he was debuted in The Amazing Spider-Man issue #129 in 1974. 1989’s The Punisher marked his first appearance in a film, though not his last: two other high profile movies were created with the character in 2004 (The Punisher) and 2008 (Punisher: War Zone), and an upcoming television series starring the character is currently in the works as part of the greater Marvel cinematic universe.

The writer for The Punisher was Boaz Yakin, who also penned From Dusk Til Dawn 2, The Rookie, and Prince of Persia: The Sands of Time, and also directed movies like Remember The Titans and Uptown Girls.

The Punisher was directed by Mark Goldblatt, who is best known as the proficient editor of such movies as Predator 2, Enter The Ninja, Humanoids From The Deep, Piranha, Super Mario Bros, The Howling, Commando, The Terminator, and Terminator 2: Judgement Day. The Punisher is one of only two feature-length directorial efforts by Goldblatt, the other being the buddy cop zombie flick Dead Heat.

The editor for The Punisher was Tim Wellburn, who also cut the Stuart Gordon flick Fortress and the BeastMaster television series. The cinematographer for the film was Ian Baker, who also shot such movies as Queen of the Damned, Evan Almighty, and Roxanne.

The musical score for The Punisher was composed by Dennis Dreith, who has worked as an orchestrator on movies like The Rock, Jurassic Park, and Misery.

The visual effects for The Punisher were done by one Roger Cowland, who has worked on such films as Babe, The Piano, Mad Max: Beyond Thunderdome, and The Howling III.

The Punisher special effects and makeup teams included common elements with movies like The Matrix, The Road Warrior, Street Fighter, Fortress, Crocodile Dundee II, Razorback, and Mad Max, among others.

One of the producers for The Punisher was Robert Mark Kamen, an accomplished action movie writer who penned screenplays for such movies as Taken, The Transporter, The Fifth Element, Lethal Weapon 3, and The Karate Kid. 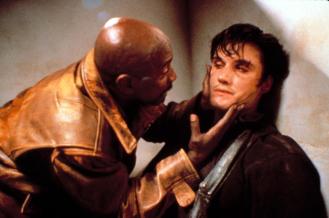 The plot of The Punisher follows Frank Castle, an ex-cop turned vigilante who hunts down and executes members of the mafia and other criminal figures. After 5 years of his activities, the local criminal scene has weakened considerably, but the vacancy also attracts the interest of a foreign criminal power: the Yakuza. After the Yakuza attempts to seize the remaining operations of the mafia by kidnapping the surviving leadership’s children, Castle winds up making strange allies through his efforts to save the children and put the Yakuza down.

Reportedly, most of the fight choreography for the film was done with full contact, given professional martial artists were hired for the fighting roles instead of stuntmen. Dolph Lundgren did most of his own stunts for his role as well, given his martial arts background.

The Punisher is one of the best known “Ozploitation” action movies: meaning it was filmed in Australia, and done with extreme violence on an exploitation level.

A sequel to the movie was at one point planned, but the production company (New World Pictures) wound up going bankrupt before it could happen.

The Punisher interestingly did not theatrically release in the United States, due to the aforementioned bankruptcy of the production company. However, it managed to distribute to theaters internationally (at least, in places where it wasn’t outright banned), and popped up on home video shortly thereafter.

The beginning of The Punisher features a thinly-veiled version of John Gotti, one of the most well-known gangsters of the modern era. In 1989 (the year of this film’s release), he was still two years off from his ultimate conviction and incarceration, but was very much a public and recognizable figure as a crime boss. While the character isn’t explicitly named John Gotti in the movie, he is referred to as “The Dapper Don,” a well-known nick-name of Gotti’s.

The reception to The Punisher was generally negative: it currently holds Rotten Tomatoes scores of 28% (critics) and 32% (audience), along with an IMDb rating of 5.6. However, it has a dedicated cult following in spite of the bad reviews.

The Punisher has a great grimy look and feel to it, which is definitely a credit to this being an exploitation-style action movie. Honestly, I think this ambiance fits The Punisher as a character better than the other adaptations, though I don’t hate either of those films as much as some people do. As weird as Lundgren’s casting might seem at first glance, I think he nails the spirit of the character pretty well. Also, it is hard not to appreciate that this movie isn’t an origin story, and that the plot the screenwriter came up with is actually pretty cool, and deals with a realistic consequence of the presence of a Punisher-style vigilante.

I have never understood why so many people vocally hate this movie. The absence of the iconic skull image is certainly notable, but that actually strikes me as pretty minute on the grand scale of things. This movie is over-the-top violence and action, which is basically what the spirit of The Punisher is all about. Dolph even does a pretty good job with his lines, which is likely the result of him being given permission to rewrite them for his comfort level. I feel like it is a real shame that Goldblatt hasn’t directed any other movies, as both Dead Heat and The Punisher are entertaining flicks that have become cult classics.

I definitely recommend checking this movie out, as it is probably the best of the Marvel movies made before the modern era of the Marvel Cinematic Universe, Sony’s Spider-Man flicks, and Fox’s X-men franchise. I think b-movie and action fans in particular will enjoy this adaptation, perhaps more so than die-hard fans of the comics.