For those who have been paying attention to the Hollywood craze of creating combined cinematic universes, the upcoming reboots of Universal’s treasured monster movie franchises comes as no surprise. The first installment in the line-wide reboot was 2014’s “Dracula: Untold”, which wasn’t a promising start, but the Universal Pictures upper brass certainly aren’t giving up on a potentially ludicrously lucrative combined universe.

What most have forgotten, however, is that this latest foray isn’t the first time Universal has attempted to resurrect the intersecting classic monster franchises in the modern era of film. Back in 2004, “Van Helsing” was released in an attempt to spur a line of films based on the “Monster Mash” bunch, featuring Hugh Jackman as the eponymous vampire hunter. 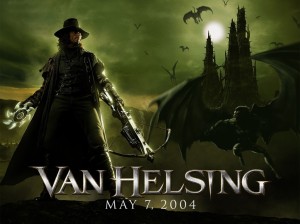 Despite being a financial hit, grossing over 300 million on a reported budget of 160 million, “Van Helsing” was generally loathed by critics and audiences alike (Rotten Tomatoes critic score is 23%, audience score is 57%), and thus failed to kick-start the lofty cinematic rebirth of the Universal monsters. Much like Dracula’s impish computer-generated spawn in the film, all of these aspirations of future box-office and world domination imploded before they had a chance to inflict any real havoc upon movie-going audiences.

Most people are aware of the cinematic tradition of the Dracula character, but Van Helsing has an impressive history on screen in his own right. Such diverse actors as Peter Cushing, Anthony Hopkins, Christopher Plummer, Malcolm McDowell, Jon Voight, Casper Van Dien, Mel Brooks, Peter Fonda, Bruce Campbell, and Laurence Olivier have all played the vampire hunter character in one form or another, in addition to Hugh Jackman’s 2004 portrayal of the character. I’ve even covered one of Peter Cushing’s performances of the character in “Dracula A.D. 1972” here on the blog, as well as Bruce Glover’s IMDb Bottom 100 worthy take on the character in “Die Hard Dracula”. Hugh Jackman’s version of Helsing certainly stands out amongst all of the others though, given the more action focus and superhero tone of “Van Helsing.” I’m also pretty confident that 2004 marks the only time where Professor Helsing has become a werewolf at any point in the story.

Writer/Director of “Van Helsing” Stephen Sommers hasn’t done a ton of work since the film, outside of 2009’s “G.I. Joe: The Rise of Cobra” and 2013’s “Odd Thomas,” both of which he directed and co-wrote. He does have an upcoming project called “When Worlds Collide,” but isn’t any information available yet as to when it will be released. The cinematographer on “Van Helsing,” Allen Daviau, actually has some solid credits on his resume from his long history working with Steven Spielberg, including work on “The Color Purple,” “Empire of the Sun,” “E.T.” and the short film “Amblin.”

One of the biggest criticisms of “Van Helsing” was that it overused computer generated images, something that is still an issue with the horror genre today. While the CG in the movie is definitely overboard, it holds up better than I expected. Typically, because of the rapid improvements in computer technology, CGI becomes rapidly and notably outdated in films. In “Van Helsing,” however, most of the effects are still holding up pretty well for being over 10 years down the line. They are definitely too cartoony and will continue to age poorly, but it still holds up moderately ok. Some scenes undoubtedly look better than others, and the few practical effects present (notably the interpretation of Frankenstein’s Monster, which I think looks awesome)  blow the CG away, but overall I was impressed that the movie didn’t look much worse in review. 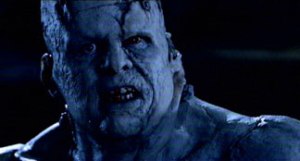 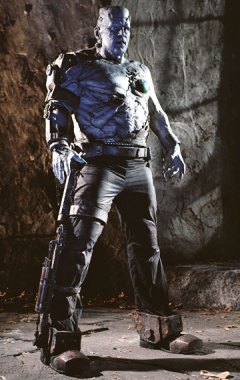 Something that I still can’t decide is a weakness or strength to the story is the presence of a lot of seemingly superfluous supernatural technology. In the film, Van Helsing has a sidekick who functions about the same as “Q” in the James Bond franchise: he is a friar who specializes in the development of technology for fighting monsters. As amusing as it is to think of a supernatural military R+D department at the Vatican, the character and technology seem to mostly exist for either comic relief or aesthetic reasons, and aren’t particularly necessary for the story. Although, there are moments where they are the only redeeming and entertaining aspects of the film, so I can hardly complain too much.

The score to “Val Helsing” is certainly interesting, and one of the better aspects of the movie. Composer Alan Silvestri is all over Hollywood, and has provided scores to movies such as “The Avengers,” “Captain America: The First Avenger,” and the “G.I. Joe” films. It isn’t a score that will necessarily stick with you, but it does a good job of serving its purpose in the film.

One of the reasons I remember “Van Helsing” so well is because of its similarities with the Sean Connery-led film “The League of Extraordinary Gentlemen,” which came out the previous year. Both feature super-teams made of fictional characters, were moderate financial successes, and massive critical failures. They even have a moderate cross-section in that they both feature the character of Dr. Jekyll / Mr. Hyde. I am planning to readdress that film soon, so we will see how it holds up in comparison to “Van Helsing.” 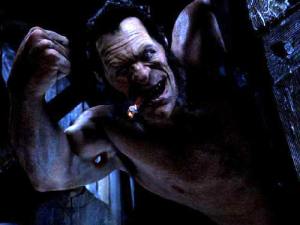 When it comes to the cast of “Van Helsing,” Jackman is the obvious centerpiece. By the time that “Van Helsing” came around, he was already established as a major action star with the first two “X-Men” movies, as well as leading credentials in “Swordfish” and “Kate & Leopold.” Co-starring in “Van Helsing” is Kate Backinsale, whose previous year featured the first installment in the eventual “Underworld” supernatural action franchise, as well as the astoundingly abysmal “Tiptoes” with Matthew McConaughey and Gary Oldman: an indie drama/comedy about a family of dwarves. It is beyond awful, as Daniel O’Brien of Cracked.com can explain:

The accessory cast of “Van Helsing” features a good number of character actors, including Robbie Coltrane (Hagrid from the “Harry Potter” movie franchise), Richard Roxburgh (star of the Australian TV show “Rake”), Kevin J. O’Connor (“The Mummy”), and David Wenham (“300,” “Public Enemies”). They don’t have much in the way of name recognition, but they all have a fair amount of television and movie experience. That said, a lot of the performances in “Van Helsing” are awful, particularly anyone trying to don a Transylvanian accent (Richard Roxburgh is particularly wretched in that department). I think that is probably less of a complaint about the actors as much as it is about the direction and general tone of the film, which is pretty cartoony out of the gate. I doubt that Roxburgh’s Dracula performance would be waltzing around a room chewing scenery without some degree of direction from Sommers. 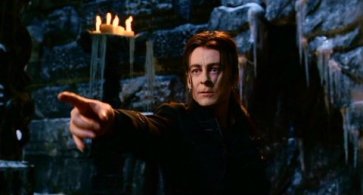 In general, I think I understand why “Van Helsing” failed to live up to Universal’s expectations for it. In 2004, Blockbusters were just about to turn in the direction of the “gritty reboot”, with “Batman Begins” popping up in 2005. “Van Helsing” I believe was too cartoony in execution for what audiences were really wanting at the time: for a movie focused on horror icons, it wasn’t scary in any way, and didn’t have a very dark tone either. The “steampunk” style I think would have looked better with a little more emphasis on practical effects over CG: the coolest thing in the movie is Frankenstein’s Monster, and he is the only one of the monsters portrayed consistently without extensive CG. The emphasis on hammy, over-dramatic antagonists just didn’t work either: Dracula’s wives are just groan-worthy to listen to now, and Dracula himself just isn’t menacing enough. 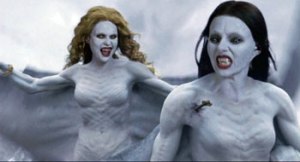 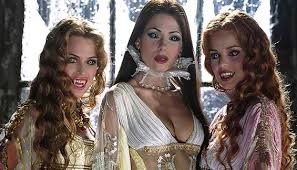 I don’t think I can recommend “Van Helsing,” as it is one of those movies that isn’t quite bad enough to be on a good-bad level, and is still well out of the realm of being good. It might be worth a watch if you are curious what a “Avengers”-esque Universal monster movie might look like, but you will probably be disappointed in the result. It also sounds like we could very well see a remake of “Van Helsing” by the end of the decade, so it couldn’t hurt to look back to see what we might be in for. It is a generally watchable flick, but not an excessively fun one if you ask me.