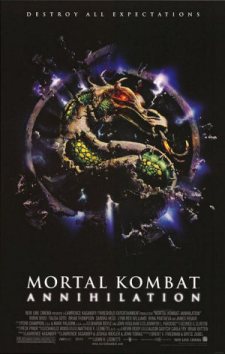 Today’s feature is yet another reviled sequel, and one of the most hated video game adaptations of all time to boot: Mortal Kombat: Annihilation.

The screenplay for Mortal Kombat: Annihilation was written by the duo of Brent V. Friedman (Foodfight, Prehysteria 2, Prehysteria 3) and Bryce Zabel (M.A.N.T.I.S., Dark Skies), while story credit was given to producers Lawrence Kasanoff and Joshua Wexler, along with creators of the source video game series, John Tobias and Ed Boon.

Moral Kombat: Annihilation was directed by John Leonetti, who was also behind The Butterfly Effect 2 and Annabelle, and shot movies like Child’s Play 3, I Know Who Killed Me, The Scorpion King, The Mask, and the original Mortal Kombat.

The cinematographer for the film was Matthew F. Leonetti, who also shot Santa’s Slay, The Butterfly Effect, 2 Fast 2 Furious, Red Heat, Action Jackson, Commando, Weird Science, and The Bat People, among many others.

The editor for Mortal Kombat: Annihilation was Peck Prior, whose astounding list of credits includes Pixels, Disaster Movie, Epic Movie, Master of Disguise, Meet The Spartans, Vampires Suck, and Weekend At Bernie’s II. 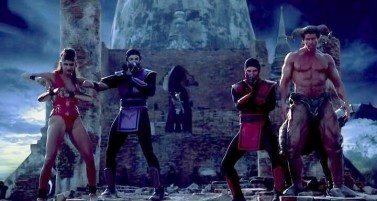 The musical score for Mortal Kombat: Annihilation was composed by George S. Clinton, who also provided music for such movies as The Love Guru, Catch That Kid, 3000 Miles To Graceland, Beverly Hills Ninja, Mortal Kombat, Brainscan, and American Ninja 2.

The plot of Mortal Kombat: Annihilation picks up right where the previous movie left off, following the surprising appearance of Shao Kahn after the conclusion of the Mortal Kombat tournament. For vague reasons, the evil leader given the human heroes six days before he permanently merges the dimensions and conquers Earth, which gives them time to train and come up with a plan.

A third Mortal Kombat movie was already in planning when Mortal Kombat: Annihilation came out, but the overwhelmingly negative reception to the movie effectively forced those plans into cancellation. 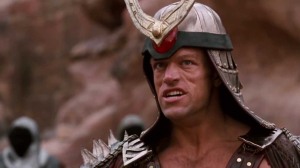 The character of Sheeva, a multi-limbed antagonist, was cut down to have minimum screen time once it became clear that the necessary effects to portray the character were cost prohibitive for the production.

Johnny Cage’s very limited role in Mortal Kombat: Annihilation was possibly due to the original actor, Linden Ashby, refusing to sign on to join the sequel’s cast.

Mortal Kombat: Annihilation was made on a production budget of $30 million, on which it grossed just over $51 million in its total worldwide theatrical release.

In spite of the movie being ultimately profitable, it was absolutely hated by critics and audiences alike. It currently holds a 3.7 user rating on IMDb, alongside Rotten Tomatoes scores of 3% from critics and 25% from audiences.

Mortal Kombat: Annihilation is an absolute trainwreck of a movie from top to bottom. To start with, the movie shouldn’t have been pushed forward on such a weak script, which was enough to turn numerous actors away from the project from the start. The generally rushed production is something that is definitely evident on screen, as just about everything about it feels unfinished, like it needed to percolate longer.

The most evident visual problem with the movie is the effects work. While the writing is bad, that would have been forgivable if the movie had provided decent action and special effects, but unfortunately it doesn’t deliver in either category. It is hard to blame this on the workers particularly, as both time and the budget were clearly shackled with unreasonable constraints. Still, the product on screen looks like something from the mid 1980s, not 1997, which particularly evident in the “animality” fight during the climax. 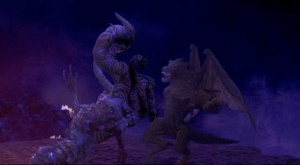 One of the other problems with this film is that it tries to crunch too much content into the movie, particularly in the form of characters. It is one thing to try to appease a fan base by including favorite characters from the source material, but there is a point where there are so many characters that none of them have the time to get fleshed out. Fans of the games certainly love Ermac and Noob Saibot, but they (and many other characters) are wasted in the movie, as they are too prominent to be background characters, but not important enough to be real members of the cast.

Overall, the movie is on the edge of being entertainingly terrible. Some bad movie fans are much higher on it than others, but I’m in the camp of people that finds it to be a little too boring to be elite. There is certainly some amusing incompetence across the board here, and it isn’t unwatchable, but it is far from the top of my bad movie list. It is still worth giving a shot for bad movie fans, and definitely a must-see for fans of the video game franchise.